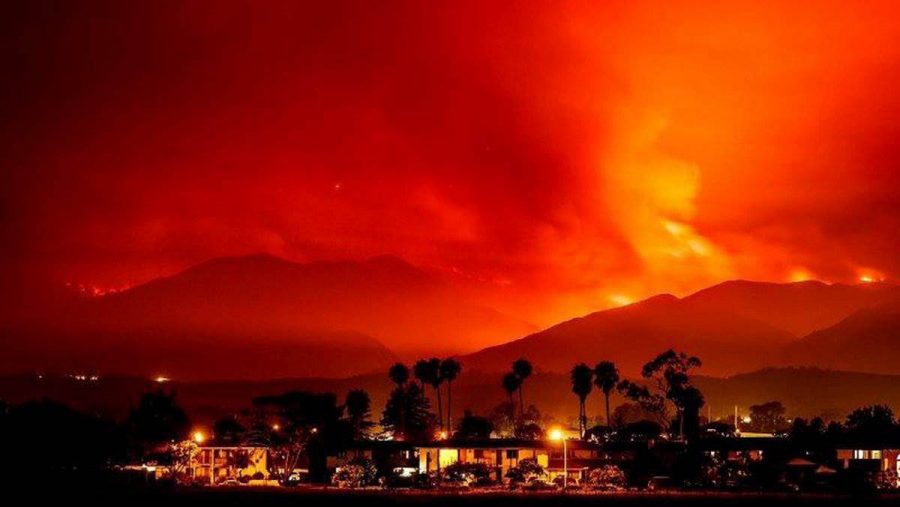 The 2018 wildfire season in California has been the most destructive wildfire season in state history, and after looking at its effects, it is pretty clear why. Beginning in mid-July, there has already been over 7,983 fires that have burned over an area of 1,824,505 acres. So far, the fires have caused more than $2.975 billion in damages, have taken the lives of over 100 people along with leaving others injured, and have destroyed over 18,500 structures. In addition, millions of people have been displaced from their homes and towns, and the damage only continues.

Due to its high degree of destructivity, it is important to understand why this year’s wildfire season in California is so calamitous. Both theory and fact exist. There is one theory that states that the severity and heightened number of wildfires is due to an increased amount of dead tree fuel. In December, 2017, it was recorded that there was a total of 127 million dead trees in California. As a result, many believe that the fuels the dead trees give off leads to an increase in the number of wildfires. Despite this popular belief, there has been no scientific evidence to confirm this. It is fact however that severity of the wildfires is impart due to compounding atmospheric conditions linked to global warming. A consequence of global warming is high temperatures and small amounts of rain, which in turn creates a drier landscape that allows fires to burn longer and stronger. In other words, fire has to do less work to ignite the vegetation, thus allowing fires to burn more easily. In the United States, the recent surge of wildfires has coincided with record-high temperatures, and in 2018 this has certainly been occuring.

Although climate change is impart to blame for the recent surge of wildfires, it is actually said that humans are to blame the most. In fact, according to a recent study by a team led by Jennifer Balch of University of Colorado, Boulder, it was showed that humans ignite more fires than nature does. The problem is that many people in California are igniting fires during times in which there are extremely high winds, droughts, and heat spells. Generally when nature is to blame for fires, fires begin as the result of lightning strikes. However, no lightning storms have been reported in California at the time of the fires. Therefore, this has caused great suspicion and thought that humans might have a larger role in these destructive fires than previously thought. In the San Francisco Bay Area, it was discovered that 93% of the fires that occured there were caused by humans. Therefore, this evidence suggests that we should look more into what we as humans are doing in relation to the problem rather than blatantly blaming mother nature.

The effects of the California wildfires have been detrimental. So far, the wildfires have released over 68 million tons of heat-trapping carbon dioxide, which is equivalent to the amount of carbon emissions that are produced in a year to provide electricity to the state of California. In addition to the smoke produced by the wildfires, people are put at a greater risk in terms of their health. Health effects as a result of the wildfires include asthma, heart problems, and cancer due to the toxins and chemicals being released. The wildfires also yield economic consequences. As of now, the wildfires are predicted to cost the United States economy over $85 billion, and this number could go beyond $100 billion if the fires are not contained soon. This number not only includes the cost to fight and contain the fire, but also to deal with the aftermath and damages. In addition, many workers have lost their jobs as a result of the fires, which hinders their ability to pay taxes, further worsening the economy.

Overall, the past few months for the residents of California has been pretty tough. Due to the level of destructivity of the fires, over 28,500 firefighters have been required in order to try and contain them, and this number will only continue to get higher. Hopefully, these fires will begin to calm down so lives, homes, structures, and money can be saved.