A Reflection on Soccer Season 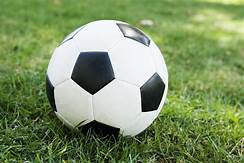 With the winter sports season on its way, it seems fitting to take a step back and reflect on the success that our fall soccer teams had. Both the boys and girls’ teams had their victories and setbacks, many of which were a result of injuries. Nevertheless, both teams were still able to persist and develop an impressive record. The girls team ended their season with a 5-12 record, while the boys made it into the Western Mass Division 4 Soccer Tournament behind their 10-8-1 record. Although they employed a lot of effort, the boys unfortunately exited the tournament with a tough loss to Mount Everett in the second round.

The Hopkins Girls Soccer Program was headed by first-year Coach Justin Campbell. Although it was the hope of Coach Campbell to build off of the success that the girls had last season, the gaps that were left by the six seniors who graduated last year, all of whom were starters, were evident. Nonetheless, the team was able to fill up these vacant spots with a total of seven freshmen and five eighth-graders. The team was led by three seniors, Samantha Jenks, Mary Kate Farnham, and AJ Mitchell, with the addition of four juniors and a sophomore. With the team being predominantly freshmen and eighth-graders, there was a wide age and experience gap between them and the teams that they faced.

Despite the girls soccer team ending their season with a losing record, a tremendous amount of effort was put in by the team throughout the season. Although a majority of the team’s opponents were bigger and older, the girls were not threatened and instead rose to the challenge of competing at a high level. When asked about her thoughts on this past soccer season, junior goalkeeper and defender Gabby Palmisano said: “The new coach was great and had lots of soccer knowledge, and he connected with the team well. Despite the injury plague, I think that we definitely had a great season and improved a lot.” While the girls team will surely miss seniors Samantha Jenks, Mary Kate Farnham, and AJ Mitchell, the team should be proud of all of their accomplishments this season and should keep their heads high for next year.

The boys team on the other hand was coached by C.J. Holt, which was his 4th season leading the team. The team benefited from the leadership provided by seniors Jupiter Fetler, Mark Peirce, Dougie Pierce, Gage Spanknable, Liam Higgins, and Austin Bushey, which is evident with the team’s success. Making it into the Western Mass. Tournament again, it is clear that their hard work in the preseason and throughout the regular season paid off. Following in these seniors’ footsteps, five juniors, six sophomores, and three freshmen will be returning onto the field next season, bringing playoff experience with them.

Regardless of the success that that the boys team had, junior defender Aidan Michalak provided some thoughts about the obstacles that the team had to overcome: “I thought that we had a lot of new kids that have never played on varsity before, and they stepped up and really played well. With the number of injuries we had it was hard for us to really become the best soccer team that we could’ve been, but I’m still proud of the team that we became and how far we got in the season.” The boys certainly did overcome a lot of bumps throughout the season, but it is safe to say that they can look back and be proud, as Michalak said, of everything that they were able to achieve this past fall. Hopefully both of these young and now more experienced soccer teams will both be happy with the results of their seasons, and feel good about everything they each were able to accomplish.