Arming Teachers: Should schools give it a shot, or stick to their guns? 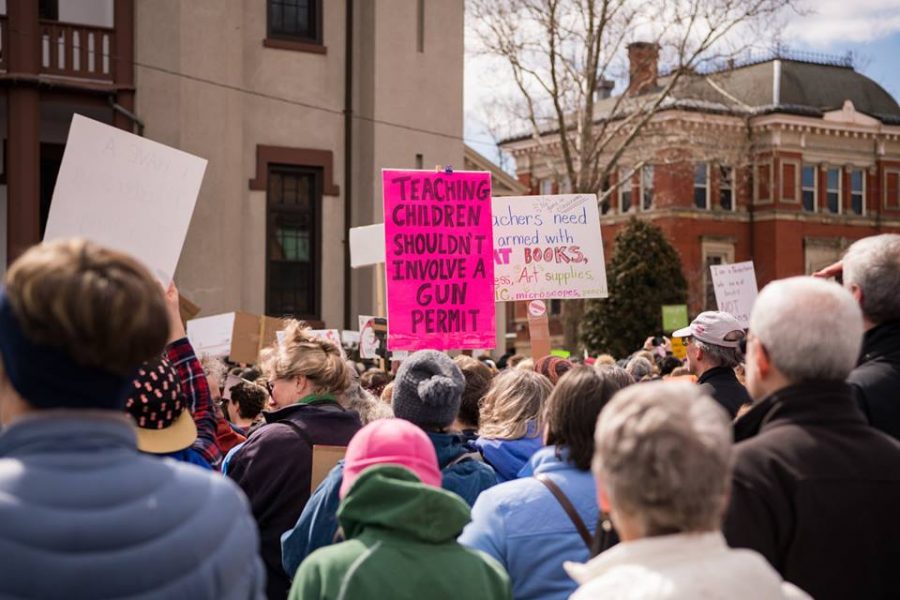 The March 24, March for Our Lives in Northampton, MA.

With over 18 school shootings already in the new year, parents, children, and school systems across the country are worried about safety in the school environment. One particular question has recently become a topic of hot debate: would a resolution to our fears be to arm teachers with guns? Some may say yes, while others may say no. After far too many shootings, some may think that arming our teachers is the perfect prevention for the tragedies that have been occurring far too often — but is arming teachers truly the answer to solving this issue?

The shooting at Marjory Stoneman Douglas High School in Parkland, Florida, on February 14th of this year became the final straw and caused many to say “Enough!” School shootings in our country must be addressed. After meeting with students, parents, and teachers from Parkland, President Trump suggested the idea of allowing teachers to carry concealed weapons to guard against shootings. Speaking at the White House, Trump said he “wants certain highly adept people, people who understand weaponry, guns” to have a permit to carry a concealed weapon on school grounds.

In a school environment, the main priority of teachers is to educate students, and the main priority of the school is to keep the students safe. Although some people believe that if teachers carried concealed weapons they could keep students safe in the event of a shooting, the logistics of arming our teachers with concealed weapons — training, licensing, establishing protocols, etc. — go beyond teachers’ primary role as educators.

Numerically speaking, there are approximately 3.1 million teachers in the United States, and President Trump wants only an elite 10-20% of teachers to be armed with concealed weapons. If 20% of teachers in America were to have handguns — handguns which average around $400.00 a piece — this would mean $400.00 for each of roughly 600,000 teachers. Is the initiative of arming teachers really what the government should be funding? If there are so many other aspects of school systems that require funding, should arming teachers —- already a very controversial topic —- be an area that taxpayers should contribute to?

Through countless protests, including the National School Walkout on March 14th for gun violence and the March for Our Lives on March 24th, students across the country have been voicing their views on issues like gun laws and school shootings. For the majority, these views do not include a belief in the solution of arming teachers. Students spend so much of their time at school that it only makes sense that their voices should be heard. They do not want teachers carrying concealed weapons on their waist as part of reform, but will the Trump administration and the government should do what the students want? They are the ones requiring protection, and if they do not feel safe with their teachers being armed in school, changes in legislation must be made but alternatives must be discussed for students to feel safe and protected in school.