A Look at Michele Obama 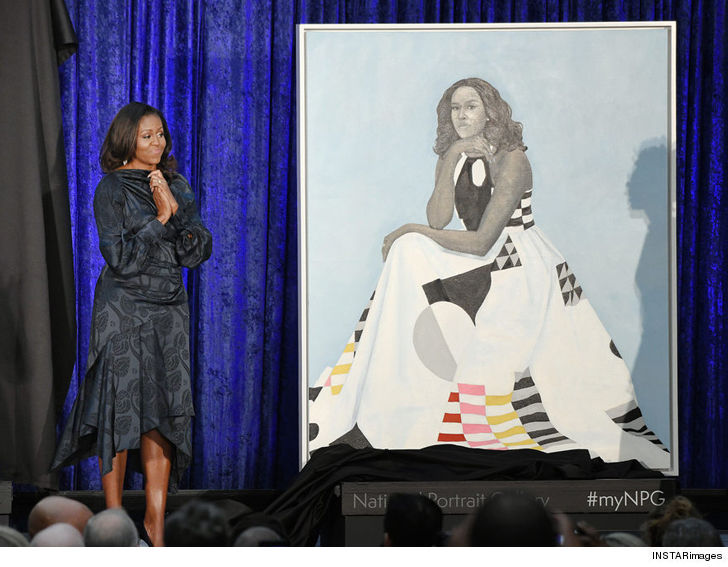 Recently, former First Lady Michelle Obama’s portrait went viral when it had to be moved after receiving too many visitors. Why such huge popularity? To answer this question, it would help to examine the life and legacy of the woman herself.

Michelle Obama, former First Lady of the United States, was born in the Southside of Chicago on January 17th, 1964 and went on to become an extremely successful and versatile businesswoman. Her family was very close-knit; even though they didn’t have a great deal of money, they still enjoyed a nice family life. As she grew, she showed promise for a very bright future. This proved true, as she was an Ivy League graduate who became a very successful lawyer.  She also worked in public service, which later impacted much of her focus as First Lady. She accomplished many amazing things, a lot of which were inspired by her upbringing.

For Michelle Obama, home life was very important. Both her and her brother were pushed to excel in school, and they both ended up skipping the second grade. By the time she was in the 6th grade, she was taking accelerated classes at her elementary school, Bryn Mawr Elementary. Specifically, aside from learning French, Michelle completed accelerated courses in biology. She went on to attend Whitney M. Young Magnet High School. There, she took many advanced placement courses and was a member of the National Honor Society. She graduated from high school in 1981, as the salutatorian of her class. After graduating high school, she went on to attend Princeton University, where she majored in Sociology and African-American Studies. She graduated cum laude in 1985, with a Bachelor of Arts. After finishing her education at Princeton, Michelle Obama attended Harvard University, graduating in 1988. While at Harvard, she was very focused on getting more minority professors and students to take part in demonstrations. Eventually, Michelle was awarded her Juris Doctor degree, also known as the Doctor of Jurisprudence degree. This is one of many Doctor of Law degrees, and is a graduate-level professional degree in law.

After finishing her schooling in 1988, Michelle Obama went on to do many things, both in law and in public offices. She joined the Chicago law firm Sidley & Austin, where she met her future husband, Barack Obama. After a couple of years working in law, she began working with local communities in Chicago, starting out as an assistant to Mayor Richard Daley in 1991 and then becoming the assistant commissioner of planning and development for the city of Chicago. In 1993, she became Executive Director for the Chicago office of Public Allies. This was a non-profit leadership program with the primary goal of helping young adults develop the skills needed for future careers in the public sector. She continued working with young adults after being hired as Associate Dean of Student Services at the University of Chicago. While there, she developed the school’s first community service program. Later, in May of 2005, she was promoted to Vice President for the Community and External Affairs at the University of Chicago. She continued to work here part-time until shortly before her husband’s inauguration.

Even as First Lady, a large amount of Michelle Obama’s attention went to the younger generation; she started many programs for inner-city kids and promoted health in order to combat childhood obesity. She also played a huge role in her husband’s campaign; she traveled around the United States, making public appearances and delivering speeches. In September of 2012, she gave a very notable speech at the Democratic National Convention, stating that her husband understands the everyday struggles of American people, and that he cares very deeply about making a difference in people’s lives. The speech won her lots of public praise. While she was First Lady, she put a large amount of focus into the support of military families, helping working women balance family and career, and encouraging national service. She volunteered at many homeless shelters and soup kitchens during her first year as First Lady. Another important focus of hers was on health and wellness: for example, childhood obesity. She was a huge supporter of the organic food movement and in 2012 she announced a new fitness program for children as a part of her Let’s Move! Initiative. Even after her time as First Lady, she still continues to help kids around America, especially in urban settings.

These days, Michelle Obama is mainly concentrating on easing back into civilian life, and has been enjoying her time on vacation. Recently, she gave a speech at an event for National College Signing Day. She and Barack have also donated $2 million to summer job programs in Chicago. On February 28th, she surprised 14 students at Ballou STAY High School in Washington D.C, where she spent the afternoon discussing their goals and dreams. Her current focus seems to be on empowering the youth, and she will continue to work after her time as First Lady. Michelle Obama, the first African-American First Lady of the United States, has truly left behind a great legacy as an inspiration to many Americans through her hard work and dedication to improving the country for future generations to come.