Healthcare: The Government’s Choices and How They Affect the Youth 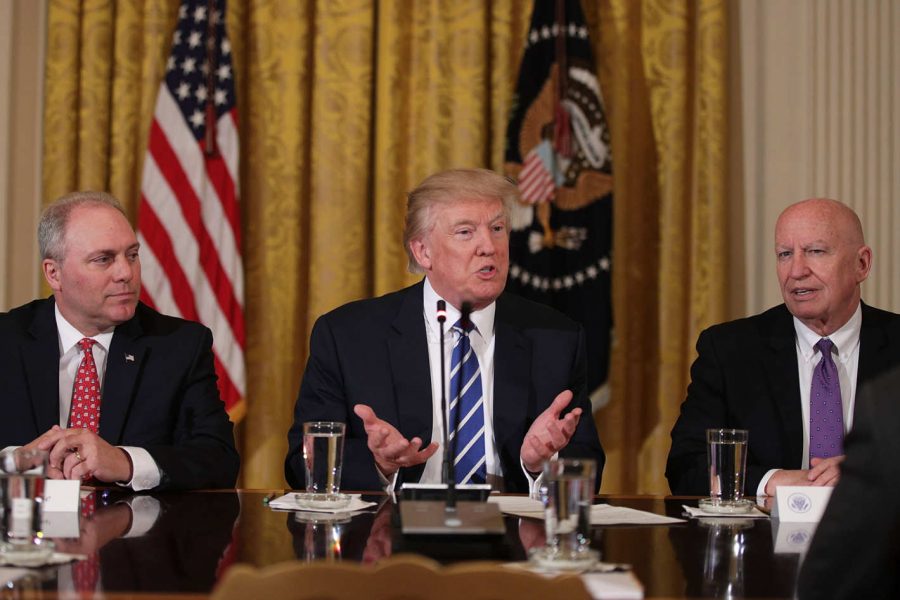 Typically, the younger generations have been free from dealing with the stress of healthcare; however, for our generation, things are a bit different. Currently, D.C. is politically divided over the repeal of the ACA, or Affordable Care Act. Republicans, with the support of current president Donald Trump, comprise most of Congress but have not passed their ‘repeal and replace’ bills, mainly due to a few Republicans choosing to vote against it.

But first, what is the Affordable Care Act? The Affordable Care Act, also known as Obamacare, was enacted in March of 2010. It was made with 3 goals in mind: to support innovative medical care, to expand healthcare coverage to more people, and to expand the Medicaid program to cover all adults that have an income below 138% of the Federal Poverty Level. Essentially, the ACA was created to improve healthcare for more people. As a point of reference, one of the ACA’s most popular mandates is the elimination of restrictions on pre-existing health conditions. As of January 31, 2017, if someone had a health problem before the health coverage were to take effect, they could no longer be denied healthcare nor be charged more for coverage. Additionally, people under age 26 could opt to remain covered by their parent’s health insurance. So, if the ACA were to be repealed, this could harm the younger generation. It would be especially difficult for children with disabilities that limit them from working or for those who had some sort of health issue later in their teens/twenties that would harm their current and future employment opportunities. The repeal would also affect students currently in college who do not have time for a job because they are academically-focused. On top of all of this, healthcare costs have been rising, consuming only 4% of earnings in 1960 versus 6% in 2013. According to NBC News, the cost will continue to rise, even though healthcare costs have already risen a staggering 213% since 1999 compared to the seemingly mere 44% wages have risen. This will greatly affect Generation Z—those currently aged 7-21—because those prices will continue to rise until the future for health care is decided, which will most likely be in the next few years when most of Generation Z will finally need healthcare.

But, why are these prices rising so greatly? Mostly, it is due to the unsure future for the ACA. Currently, whereas Democrats want to keep the ACA, Republicans, supported by President Donald Trump, favor repealing and replacing it. However, even though there are more Republicans than Democrats in Congress, not all Republicans voted in support. One of those against the repeal was John McCain, who ran against Obama in 2008. Republicans have twice attempted to repeal and replace the ACA, but have yet to succeed thanks to 13 Republicans against the bill.

The ACA does have its cons, too. For example, companies can lose sponsored healthcare, and it is estimated that three to five million people lost their company-sponsored healthcare after the ACA was put into place. Additionally, the ACA taxed those who didn’t purchase insurance, and four million people would rather pay that tax than pay for coverage. This would amount to around 54 million dollars, according to the Congressional Budget Office estimate.

So, as of now, the future of healthcare is unknown. The Affordable Care Act has helped more people get health insurance, with quite a few popular mandates such as elimination of restrictions on pre-existing conditions, but it also taxes those without healthcare.

Healthcare is extremely important for all parties, so whichever path the Affordable Care Act takes, it should be beneficial and accessible for all. The ACA has helped the younger generations by letting them stay under their parent’s insurance until 26, so the repeal would harm the younger generation, already hurt by rapidly rising costs, by possibly taking this away. In situations like this, it is very important to consider the reasoning of both sides. The issue of healthcare is a lesson to us all to understand the other side’s point of view. This is how educated conversations will take place and how the best decisions will be made. Currently, however, these conversations will be between politicians, at odds over the healthcare situation while the younger generations hang in the balance.