Call Me By Your Name: Another Amherst Cinema Masterpiece 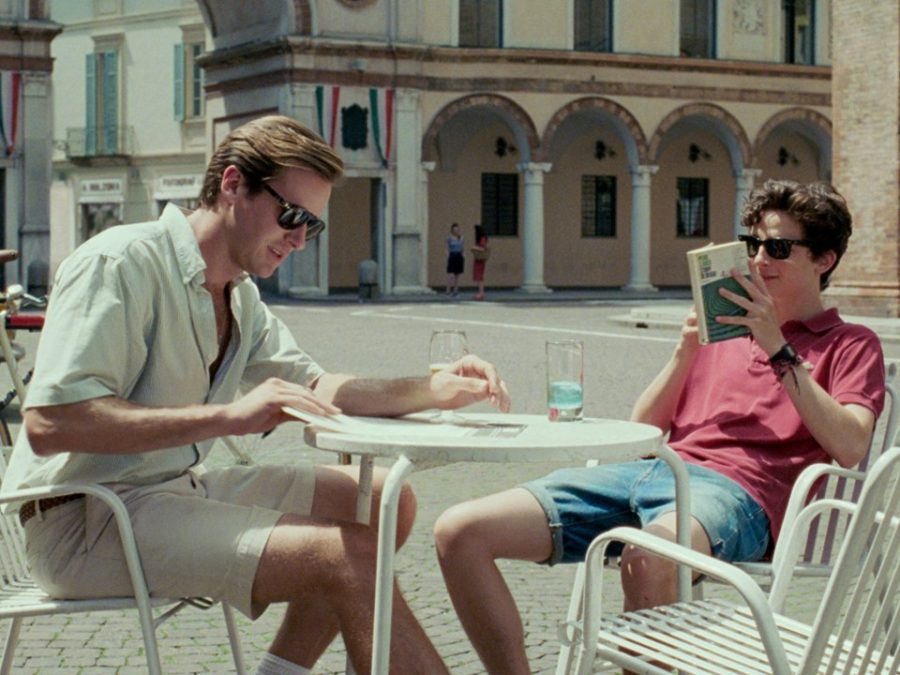 I think of a great film as one that moves me, and stays on my mind for weeks after viewing it. Its content, style, and realism play a measure of the human condition exactly how I feel it was meant to be played, in a sort of synergistic symphony. It can evoke the same feeling in me through distant recollections that it evoked when I watched it play on a screen, and put me back in touch with my emotions when I need them the most. After hearing about Call Me By Your Name, an award-winning, Oscar-nominated “masterpiece” currently playing at Amherst Cinema, I knew I’d have to see this film. About a year prior, I had seen Moonlight, another “LGBT” film (quotations because really, it would be inappropriate to reduce it to something this simple) at Amherst Cinema and I knew after seeing this film’s trailer that it would be similar in many respects, both in content and in composition. Moonlight, possibly my favorite film, had managed to break the barrier preventing me from feeling anything real and unforced as I watched a film, and I had the impression that Call Me By Your Name would feel just as real. I looked forward to possibly getting the same cinematic experience I had gotten watching Moonlight.

As it turned out, my suspicions were well-founded. The trailer is careful not to give away what Call Me By Your Name is all about: coming-of-age and thwarted desire. The narrative, based on the 2007 novel of the same name by André Aciman, unfolds during a mid-1980s summer in “northern Italy.” This is where Elio (Timothée Chalamet), a 17-year-old Jewish Italian-American, lives with his mother (Amira Casar) and father (Michael Stuhlbarg) at their villa. Like every year, Elio’s father, an archaeology professor, has a graduate student stay with them for the summer. This year, Elio must give up his bedroom to 24-year-old Oliver (Armie Hammer). Oliver’s American origins are manifested in his casual confidence, some aspects of which even bother Elio, such as his signature signoff: “Later.” However, despite the differences between the two, Elio becomes increasingly curious about his new friend. Nonchalance—something the more mature Oliver is, unsurprisingly, better at than Elio—betrays mutual interest, and with time, friendship blossoms into a love affair.

Several elements of Call Me By Your Name add to its stylistic complexity and give it a realism that I’ve only seen mirrored by Moonlight. Maybe it’s Elio’s introversion and his refreshing passion for playing and composing classical music. Maybe it’s how he and his family effortlessly shift between English, Italian, and French in daily conversation. Maybe it’s the aspects of Elio’s and Oliver’s personalities that remain mysterious, or the organic manner in which their relationship develops. I believe it’s a combination of all of these elements that makes Elio’s and Oliver’s romance so valid and so real. The artistic and sophisticated camerawork lends itself to the sensuality of the film, creating an intensely powerful cinematic experience.

Deeply depressing feelings lingered long after Call Me By Your Name’s ending, the culmination of one life-changing summer depicted in 2 hours and 12 minutes. Not only was Elio forced to accept a devastating reality after circumstances had reversed his situation—-how, I won’t reveal—-but I was as well. This film affected me just as the great film I defined earlier would, so as I reflect on Call Me By Your Name, I’d recommend it to anyone (old enough, of course) who will appreciate it for the masterpiece it is. I give it an honest 10/10.