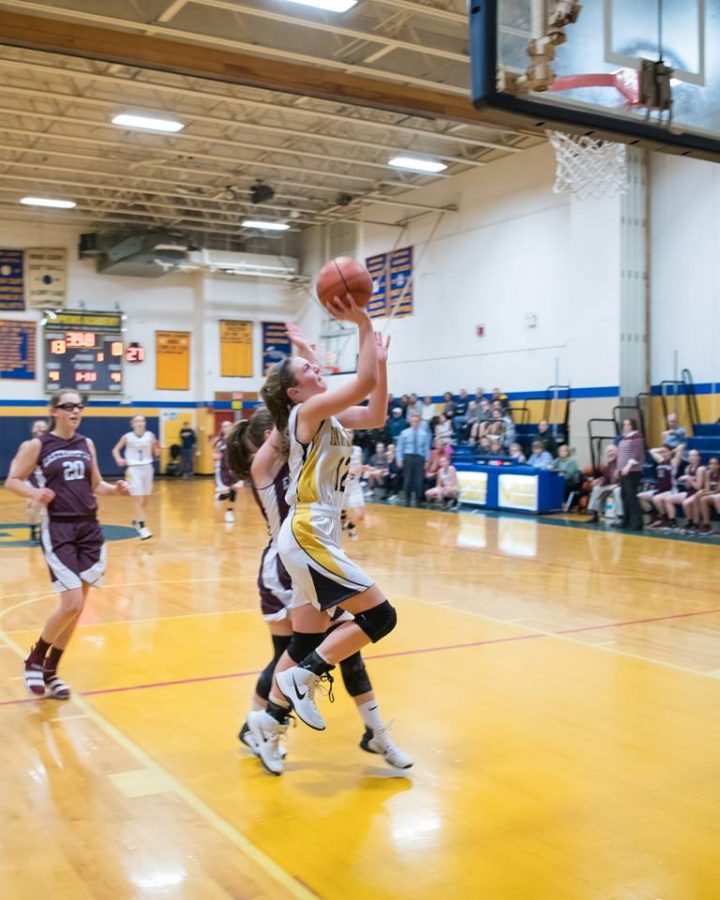 The team is currently ranked fourth in the Franklin North League, preceded by Greenfield, Frontier, and Mahar while followed by Athol. It has been doing a great job so far this season despite all of the injuries that have plagued the team. The girls have nine more games left in their regular season, against Ware (January 26th), Pioneer Valley (January 30th), Easthampton (January 31st), Athol twice (February 2nd and 9th), Mahar (February 6th), Greenfield (February 13th), and Frontier (February 16th). The team will also play against Easthampton a second time, as the game that was originally scheduled a few weeks prior was postponed due to floor issues.

On another note, junior Samantha Jenks is only a little over a hundred points away from reaching her 1,000th point, so it should hopefully be coming within the next few games, making her the third player to have reached the milestone this year! With all of the hard work that everyone on the team puts forth, it is very likely that the girls will be able to make it to tournament this year.

Stats-wise, senior Jon Morrison leads all scorers with 212 points (averaging 19.3 points per game), and fellow senior John Earle follows closely behind him with a total of 210 points (averaging 19.1 points per game). Congratulations to both of them as well for scoring their 1,000th point during the Belchertown game in which Hopkins won 84-55. Scoring 1,000 career points (and surpassing it) is an impressive accomplishment and the entire Hopkins community is proud of you!

With the girls’ and boys’ current record, it is likely that they will both make some noise in the postseason tournament. Good luck to both teams in finishing out their seasons!