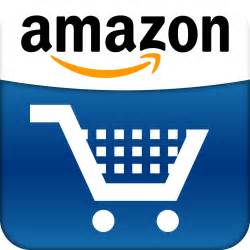 Atlanta, Georgia- Atlanta, Georgia is home to a major international airport, the Hartsfield-Jackson Atlanta International Airport. This air hub is located in a convenient area, so executives or other work officials for Amazon could easily fly out to Atlanta for business. Atlanta’s affordable housing is appealing to employees, along with its warm climate.

Austin, Texas- Austin, Texas has a large population, with a large population of technical workers. The overall business-friendly environment is tempting to the people of Amazon. Living situations are also good for employees, with a more economical sense for their living environment. Despite these positives, the one downside is that based on the other top contenders, Austin is located out west, so geography may present an issue.

Toronto, Canada- People are expecting for the headquarters to be located in the United States, but one of the most reoccurring contenders is actually located just north: Toronto, Canada. Toronto has a strong, developed workforce, an international airport, (Toronto Pearson International Airport) and multiple proficient colleges in the area. Also, a major upside is that the cost for business will be cheaper based on the exchange rate between United States and Canadian currency.

Pittsburgh, Pennsylvania- The population of Pittsburgh is sufficiently smaller than that of the other contenders, but this city is the new hub for technical companies, and Amazon may be next. Because of location, students from top colleges such as Carnegie Mellon University, the University of Pittsburgh, and Duquesne University go off to tech business in Pittsburgh. If Amazon’s new headquarters were built in Pittsburgh, there would be a tremendous number of job opportunities for graduated college students. Pittsburgh, like the other cities, boasts a good quality of life and more affordable living.

Boston, Massachusetts- Boston has been one of the most frequent cities on the radar for the second location of Amazon’s headquarters, due to the large number of exceptional campuses around such as MIT, Harvard, Boston College, and Boston University. Logan International Airport is closeby, and there is a nice transit system. Besides the multiple advantages that Boston brings to the table, the biggest downside would be the extremely high cost of living, one of the most expensive in the country.

Amazon has admitted to seeing some very great offers, with most cities even saying that they would pay Amazon to have its headquarters in their city. New Jersey Governor Chris Christie stated that over the next ten years he would pay Amazon an enormous sum of $5 billion if it chooses Newark, New Jersey for the headquarters. There are a lot of speculations as to which city will be granted the second Amazon headquarters, and Amazon will be releasing its chosen city in 2018. Until then, we must wait and keep guessing which lucky city will get the new headquarters.