Why Your Voice Matters: A Farewell Address to Peaceful Protest Articles 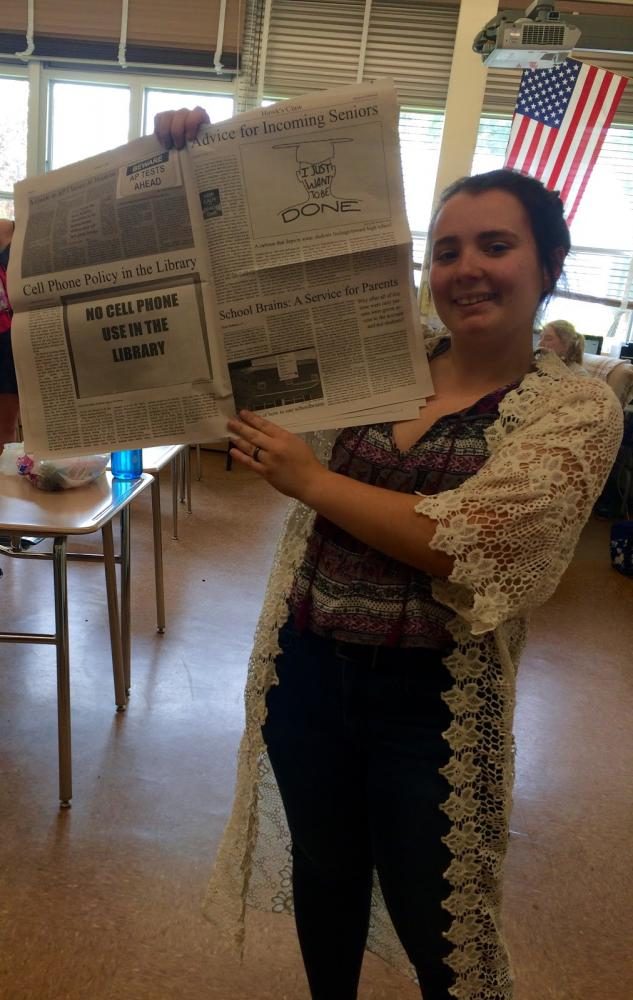 Throughout my senior year here at Hopkins, there were many problems that I wanted to fix, yet I had no clear way to pursue them. I knew I wanted to see more student recognition and pride, but had no true guide on this. Sir Simmons’s business law class opened my eyes to a more peaceful means to accomplishing my goals besides just posters and complaining to my peers. I learned that the first amendment supported my voice, thus began to write about my ideas in this newspaper. Writing in the school newspaper is a right the United States has granted me, (as long as I follow a  few guidelines). The famous Supreme Court case, Hazelwood School District, V. Kuhlmeier helped to outline the guidelines, since the supreme court ruled that no school district can censor articles unless “reasonably related to legitimate pedagogical concerns.” Beyond the limited support from the law, Ms. Camuso had clear and defined support for the articles that I wanted to write.

My first article was on the topic of Honor Roll Breakfast, in which I illustrated the importance of student recognition and questioned its disappearance at an administrative scale. I was nervous about producing the article, as the balance between fact and opinion made it a bit hostile. Luckily, I had support from our superintendent, Dr. McKenzie, who helped boost my confidence in writing about these questions and delving deeper into my ideas. Despite some backlash from some staff members, I was motivated to keep writing and producing my ideas. After all, the law supported me and so did most of my peers and a great deal of the Hopkins staff.

The next issue I highlighted was the Student of the Month program. This idea was sparked nearing the end of 2016, and I resolved to bring the program back for the month of January in the new year. I began to hang posters on my personal locker that asked: “who will be student of the month? No one.” However, these posters alone could not carry my message, since they mysteriously kept coming down. To find the greatest success in bringing this program back, I took my idea to our Student Council, where it was welcomed with open arms. Soon Student Council was creating its own “unauthorized”  posters in the hallways. I say “unauthorized” because they were not approved by Mr. Beck prior to being hung up. This was obviously a new rule, since it’s not in our student handbook. Once Student Council’s proposal was carefully inspected with the help of our advisor Mr. Burns, we took it to our administration. We hoped that coming from Student Council, the representatives of the Hopkins student body, that our Student of the Month proposal would be taken seriously. With staff members and students actively advocating for Student of the Month, it was finally taken into tentative consideration.

As the school year kept closing in, I found more reason to let my voice be heard. In fact, my peers were also inquiring about a great deal of questionable Hopkins Academy business. This led to the School Brains article, which was seen to be invalid for a great deal of time (but finally made the last physical copy of the newspaper for the 2016-2017 school year).

A major theme to all of this madness is the importance of bringing your voice to light. Remember to speak out, represent your opinion, and not to allow someone to step on you for it. Be sure to do your research and develop your own coherent opinion. As an individual and most importantly a student, never be afraid to step out of your comfort zone and act on what you mean.

A special thanks for Ms. Camuso and the newspaper staff, Sir Simmons, Mr. Burns, Senora Fitzgibbons, Student Council, our student body and Dr. McKenzie for their support in my role in student activism.