What’s Going On With Brexit? 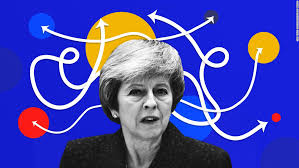 Following the referendum in June 2016 where a slim majority voted to leave the European Union, British politics have been in turmoil over the pending withdrawal in March. Former Prime Minister David Cameron resigned and was succeeded by the current Prime Minister Theresa May in July of that year. However, she now faces stiff opposition from both sides of Parliament as the deadline for withdrawal looms closer and closer. In fact, she narrowly survived a no-confidence vote on the 16th. But why is this happening, and what consequences does Brexit have for both Great Britain and the EU?

What does Brexit Mean?

Britain is exiting the EU, which is the first time any EU state has actually voted to leave the Union. They are invoking Article 50 of the Treaty of Lisbon, which gives any member state the right to withdraw from the Union and gives the procedure for doing so.

What is the EU?

The EU is an economic partnership between 28 member states that allows a single market free trade between them. It was created after WWII to foster cooperation and discourage war. Many of the countries (19 of them) use the euro, and the EU has its own government and laws.

Why did Brexit Happen?

Ever since Britain joined the EU in 1977, the general opinion has been pro-Europe. Starting around 2010 however, opinions began to change as more and more people became agitated over issues with sovereignty and immigration. Most of the “leave” voters voted for Brexit because of “the principle that decisions about the UK should be taken in the UK.” The other motive for the “leave” vote was because of immigration, as many people from poorer states in the EU, as well as from Africa and the Middle East have been migrating en masse to the UK, either for asylum or economic reasons. There were some notable demographic factors in the referendum, as the majority of “leave votes” came from older and less educated white people, whereas the younger and more diverse citizens voted to stay. England and Wales voted to leave, while Scotland, Gibraltar and Northern Ireland voted to stay. There were no gender disparities though, as around half of both men and women voted to leave.

Why is the Prime Minister in Trouble?

Part of the procedure outlined in Article 50 states that the two sides will have two years to negotiate a new trade deal. Prime Minister May triggered the split on March 29th 2017, so she has until March 29th 2019 to negotiate a deal with the EU. Unless they agree to an extension, Great Britain will leave the EU without a trade deal. Just until several days ago, May had a deal with the EU. However, it was widely criticized by both her left-wing opponents and far-right Conservative allies due to worries about trade barriers and sovereignty. It was struck down by a historic margin of 230 votes, prompting a no-confidence vote yesterday, which she narrowly survived. May is stuck between a rock and a hard place, as she can please no one with any deal or lack thereof. 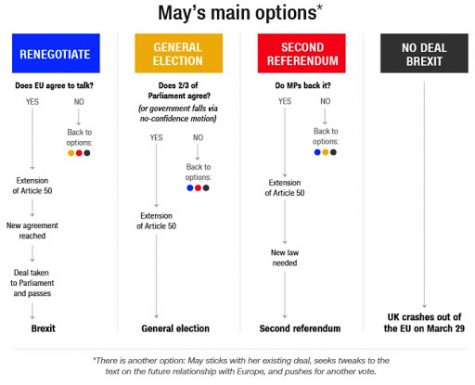 What are the Consequences of Brexit

Theoretically, Brexit should allow Great Britain to negotiate its own trade deals and treaties. However, it’s a little more complicated than that. Most economists agree that costs would go up and income per capita would decrease in the UK. However, this reduces the British budget for contributions to the EU. Trade between the UK and Europe would be affected greatly, as there are now possibilities for barriers and tariffs. This is especially harmful to the many British workers who work abroad in places such as Ireland, Spain, or France. It also reduces the amount of goods flowing in and out of the UK to its biggest trading partner. There are also border issues, especially with Ireland. As both the UK and Ireland are currently part of the EU, the border is pretty much open. However, with the withdrawal of the EU, a return to checkpoints, customs posts, and guard towers is a possible reality. But, if the deal includes a customs agreement, that reduces the sovereignty of the UK and subjects it to EU regulations, the very thing Brexit was against. Because of the complicated nature of the relationship between the EU and Britain, most benefits of Brexit have negative consequences as well. As for now, the future of the Brexit still remains in uncertainty.