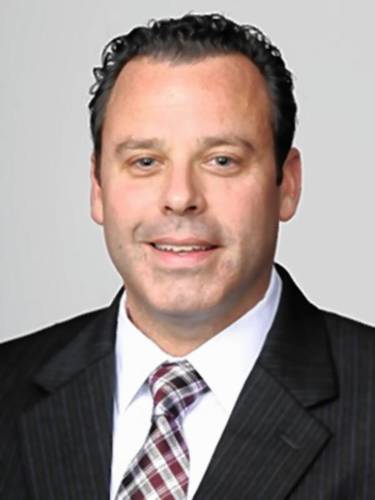 The 2018-2019 varsity athletic teams at Hopkins have been made up of many young players, and most are being lead by new coaches as well. It’s an opportunity for growth and changes for the different programs.

This fall, while the boys’ varsity soccer coach of four seasons, CJ Holt, returned, the girls’ team got a new coach, Justin Campbell. Coach Campbell is no stranger to Hopkins: he is an alum and previously coached the boys soccer team, winning Western Mass in 2013. Sammy Jenks, a veteran player and co-captain of the girls team, described the season with the new coach: “He was able to come in during a time where myself and the senior girls were bittersweet about the season ending. But after a couple practices with Campbell, he exceeded our expectations, and although the scoreboard doesn’t show it, we had a great season.”

With the end of the soccer season, Hopkins is now geared up for basketball. Both the boys and girls teams are lacing up their sneakers and preparing for their season and new coaches. Michael Prattico will be calling plays for the girls, and the boys will be playing for Adam Ginsburg.

Coach Prattico grew up around the game of basketball and learned everything he knows today from his father. Prattico attended Holyoke Catholic high school and played varsity basketball his freshman through senior year. After his high school career, Prattico furthered his education at Holyoke Community College, then after two years attended Keene State College where he played two seasons of baseball. Prior to Hopkins girls basketball, Prattico coached boys basketball at Belchertown high school for two seasons, Holyoke Catholic high school for one season, and Pioneer Valley Regional School for one season, “Along with multiple recreational league teams in Holyoke, Easthampton, Westfield, Keene and North Adams areas.”

When asked why he decided to coach the HA girls’ team, he said, “It brought on a new challenge for me. I’ve been coaching basketball for a few years now, and it has mostly been boys teams. When I saw the opportunity to coach girls, especially at Hopkins, I knew I had to take advantage of this opportunity. It is a great community filled with a lot of good people.”

The girls basketball coach says this season his main priority is defense, explaining that “Our defensive pressure and traps create our offensive transition sets to score quick and easy. I love to play a fast style of basketball where all players on the floor are involved and have a purpose. That being said, it is important for myself to provide the team with an understanding of half-court offenses to ensure we can score in the half court game.”  When asked about his philosophy of basketball Prattico says he wants his players to have fun, enjoy themselves while learning and improving their skills.

The team’s long-term goal for the season is to “establish a positive culture with the student athletes and the community.” In order to build the girls’ program even more, Prattico wants the varsity team to work with aspiring young basketball players.

The HA boys will be in good hands with the experience of Coach Ginsburg, who has a diverse background in basketball. He played through high school and then moved on to be a student manager for the basketball program at The University of Buffalo. After college, Ginsburg had assistant coaching positions at the University of Florida, Towson University, the University of Massachusetts, and Iona College.

After living in Hadley for 13 years, Ginsburg says, “When the position opened and with me living in the community, I thought it would be an exciting opportunity to get to work with the kids in the program.” Ginsburg has a lot planned for the boys. He wants the players to be strong athletes on and off the court and to maintain positive team chemistry. Overall he says, “Our vision for the program is to have a relentless pursuit of progress as it relates to the growth and development of each team member.”

The new coach says that the boys team will be implementing an attacking offensive style and emphasizing pace and space. “We want to play at a fast pace while having disciplined offensive spacing”, Ginsburg said. “We are also looking to mix our ability to dribble drive the ball to the paint/basket (we are striving to make more free throws than our opponents attempt) with our ability to generate open 3 point shot attempts.”

These new coaches will bring new opportunity for the teams to grow and become more competitive. Although the coaches bring tactics and strategies the athletes are not used to, it will be for the best and create a bright future for the athletics of Hopkins Academy.